The real assets of ASIC are the human resources and their know-how. Team working is the basic approach to every project. To be an ASIC designer means to share ideas and visions.

We are proud to thank all the engineers and technicians who contributed with their expertise and devotion to create high-quality safety systems.

He was our friend and colleague Orazio Conte. 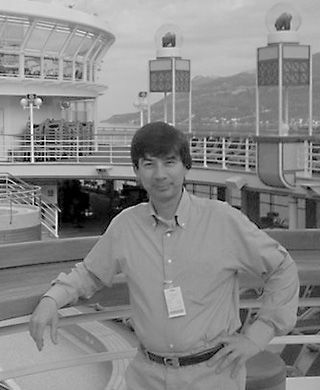 Co-founder of ASIC in 1989, Orazio was a reference for software development.

This snapshot caught him just after the long journey to Ushuaia (Tierra del Fuego – Argentine), on February 2015. After many working months, he was ready to embark on a cruise ship to setup and tune his latest ingenious job.

Back home, three weeks later and together with his wife Carla, he went on holiday for a Mediterranean cruise.

He never came back, killed on March 18th, 2015 in the terroristic attack at the Bardo Museum – Tunis.